Written by Klára Fišerová
Updated over a week ago

You can find why is it better to keep all your contacts in one contact list here.

If you already have several lists in Ecomail and you want to merge them, we have prepared a simple tutorial on how to do it.

Before merging the lists, you first need to export the individual contact categories separately:

You can export each selected category by pressing the Export button at the bottom right corner.

The exported file will be sent to the email address you are logged by.

This way you export active, unsubscribed and bounced contacts - select the relevant contact category as you can see in the preview below and click Export these contacts at the bottom of each category. 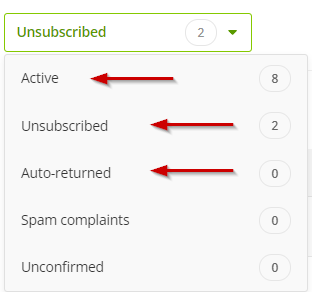 If you need to differentiate the contacts in the new list, e.g. to see where they came from, just add a column in Excel and import it together with the emails. You can use the Custom Fields.

In each exported file, create a new column called Competition in which you add where the contact was obtained from (Running, Swimming, etc. ).

If you cannot edit the file because it is in CSV format, you can convert it to Excel.

In the app, in the new list of contacts (which you now wish to work with), click on Custom fields in the right column and create a new custom field called Competition. In the merge tag line, for example, insert Competition.

Now you have a custom field ready in the final list. You can now start importing files from individual contact lists.

For this particular case, open the given contact list where you want to add the other lists and select import From XLS file.

Select Import contacts, insert your contacts and click on Import.

In the next step, you will set the email, first name, last name, etc. for each column and finally the custom field you created earlier - here Competition (source where the contact came from).

Because you are uploading your active contacts, you need to import the contacts as Subscribed. 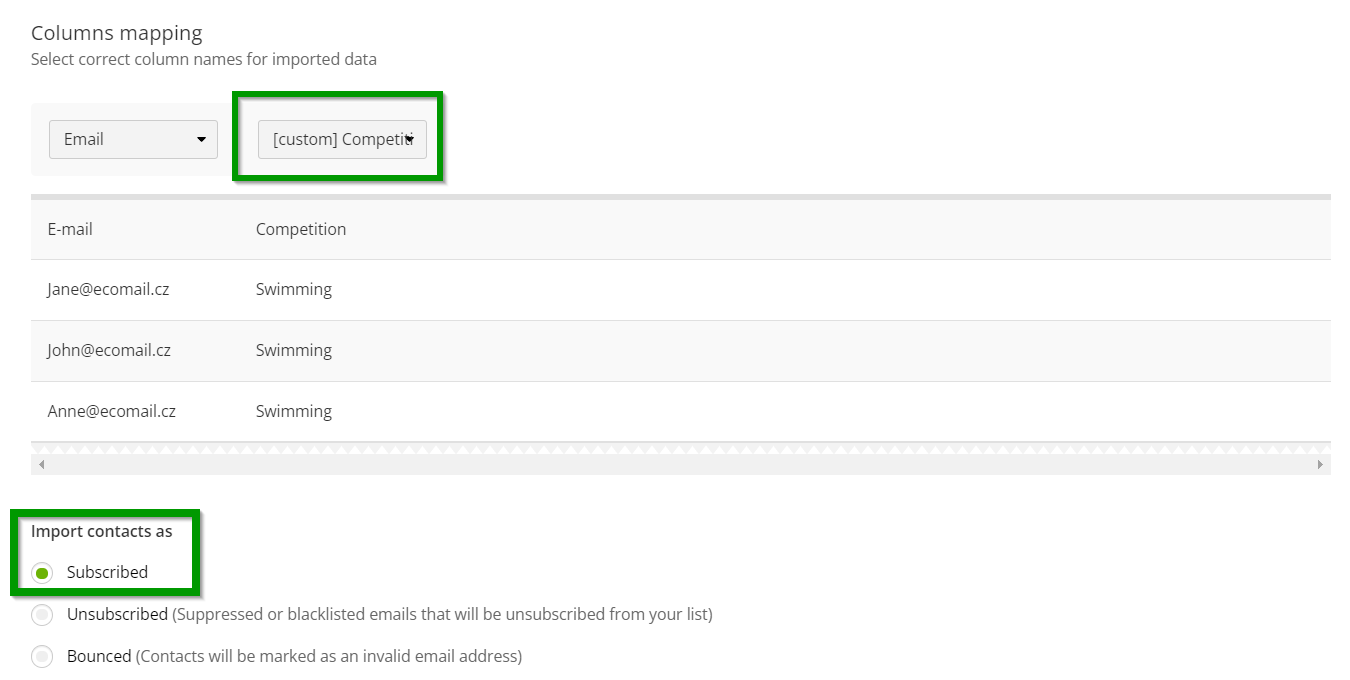 Repeat the same process with any other active contacts lists you have exported from the app.

If you have checked the type of uploaded contacts, you can proceed with the import. You proceed in the same way as with active contacts. The only difference is that you import the contacts as Unsubscribed.

To import your bounced contacts, follow the same process as explained above. Select the type of contacts as Bounced.

If you have also exported "spam complaints", you can upload them back to Ecomail as unsubscribed contacts. This way, they will not receive any newsletters from you.

Within contact lists, you can also move contacts between lists. For example, if you want to merge multiple smaller lists into one, you can create your new list. Then in all your smaller lists, just tick the contacts you want to move into the new list. Then select the option Move to list in the menu next to the marked contacts. The selected contacts will then be moved to your new contact list with all their history.

Did this answer your question?